When I was asked to be a part of the Boston Globe’s 25 Most Stylish Bostonians, I scheduled my shoot right away lest they changed their minds! Then I immediately began brainstorming locations for my photo shoot - I am a Producer after all. My criteria: highlighting my passion for science, technology, aesthetics, and film. Naturally I landed at the Edgerton Center at MIT.

The Edgerton Center is dedicated to science and engineering education, international development (D-Lab) and high-speed imaging; they also support many clubs and teams including the Vehicle Design Summit that I made a short video about in the Fall. They even have a machine shop.  I love what they do at the Edgerton Center and I thought it would be great to raise awareness about their work among the greater Boston community. That’s right people, I modelled my styles at the very place that was ground zero for enormous technical advances in cinema and photography by MIT professor Harold “Doc” Edgerton who invented techniques of strobe-lighting and photography and won an Oscar in 1940. Yeah!

Iconoclastic Harold Eugene “Doc” Edgerton (April 6, 1903-January 4, 1990) was a groundbreaking and innovative engineer, and a Professor at MIT. (This biographical memoir for the National Academy of Sciences by Dr. J. Kim Vandiver and Pagan Kennedy is an excellent read.) His work with stroboscopic photography is legendary - in fact, while his name is relatively well-known, the images he produced over the years are instantly recognizable and have become a part of our popular imagination. Edgerton earned his masters degree in 1927 and his doctorate in 1931, both from MIT. He then taught there until 1977. A beloved teacher both for his dedication to education and learning, and for his kind demeanor and generosity toward students. As he was cresting in his career, the gorgous images he produced in collaboration with Gjon Mili frequented the covers of national magazines and won copious awards throughout their long-standing partnership.

Their innovation? Photographing fast-paced events like milk dropping into liquid, balloons bursting, and bullets hitting apples, bananas, playing cards, etc. Aside from the iconic and captivating demonstration of stroboscopic possibilities, Doc’s work had real-life applications, too. For instance, it extended to capturing images of nuclear blasts, and he worked to develop seabed scanning for undersea wrecks, resulting in the locating of the Britannia shipwreck. Quicker’n a Wink, a short (one-reel) documentary film about stroboscopic photography, won an Oscar in 1940.

To honor Edgerton’s life’s work at MIT, the Edgerton Center was opened in July of 1992. This is a hands-on lab and educational resource for MIT faculty and students, and also provides K-12 outreach. The Center provides space, equipment, and advice for students and researchers, continuing Edgerton’s dedication to teaching and learning, particularly his emphasis on practice and hands-on experience. On any given day, students are there building stuff. It’s enthralling to watch Ed Moriarty and his happy band of technology pirates make an electric violin, or repair a musical harp that employs lasers instead of strings. The Corridor Lab is a series of cool interactive displays which are designed to enhance knowledge of science and engineering phenomena. The Edgerton Center also continues Edgerton’s work at the High Speed Imaging Lab and the Strobe Project Lab, which dedicates work and darkroom space to high speed and scientific imaging. MIT courses are available which split time between lectures and hands-on image-making. As a part of the Edgerton Center Outreach Program, which works with K-12 students in science and engineering learning, the Center also provides a program called You Go Girl, a four day summer course aimed specifically at young girls entering high school, encouraging interest in science and engineering in a typically ignored and even discouraged population. On Obscura Day 2012, I was able to take my family to the Edgerton Center and we got to take our own milk drop photos and play with balloons, fast cameras, and strobes: 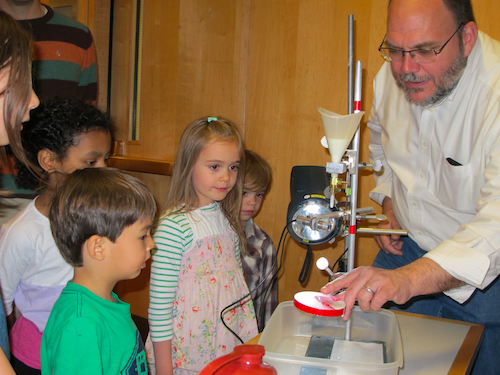 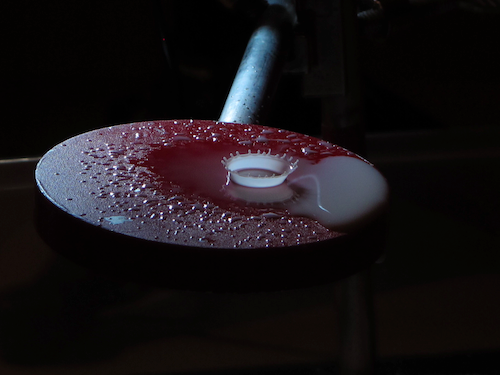 Want to know more? There are great resources for learning more about Edgerton, including the Digital Collections website which offers loads of films and images, along with articles and  personal stories from his students, friends, and colleagues. Amazingly, it also provides digital archives of his laboratory notebooks from 1930-1990, allowing total access to the designs and thought processes of this visionary engineer. The MIT Museum also dedicates a website to Doc. Doc Edgerton’s photography work and estate are represented in Boston by the stylish Gallery Kayafas and by Gus Kayafas at Palm Press. 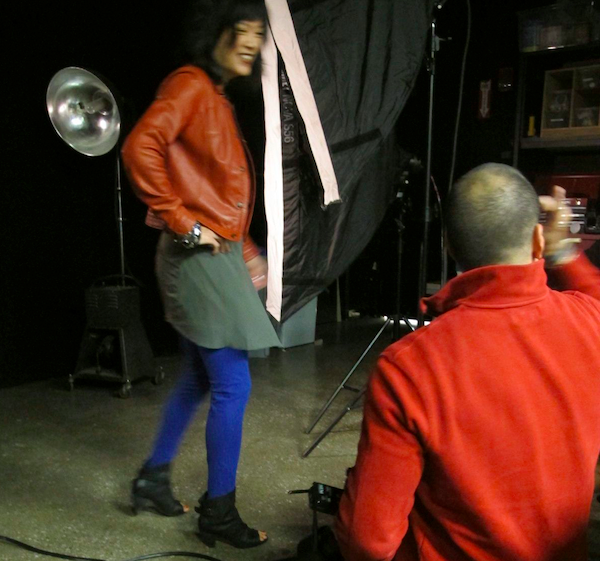 For my Boston Globe fashion shoot, we had initially planned to utilize the strobe lights to do some crazy stuff but ultimately the idea was dropped in favor of simplicity. They chose a dark setting with one prop - yes, that’s Doc Edgerton’s invention: the world's first commercial strobe light - behind me in the shot!  The photographer took over 600 photographs, and we had two costume changes.

It was fantastic to work with Pullitzer-prize winning photographer Essdrass Suarez, and his assistant Cecile, and special thanks to my pal and stylist for the shoot, Alexandra Metral who is in fact one of the smartest dressers around... say, I think I’ll nominate her for “the list” next year! (Who do you think should be named “Boston’s Most Stylish in 2014?”  You can nominate them here.) Thanks again to the Boston Globe for including me in the 8th edition of their “Most Stylish!" Here I am with Pedro Alonzo, one of the Curators at the ICA, commiserating about our disappointment in not making the cover. 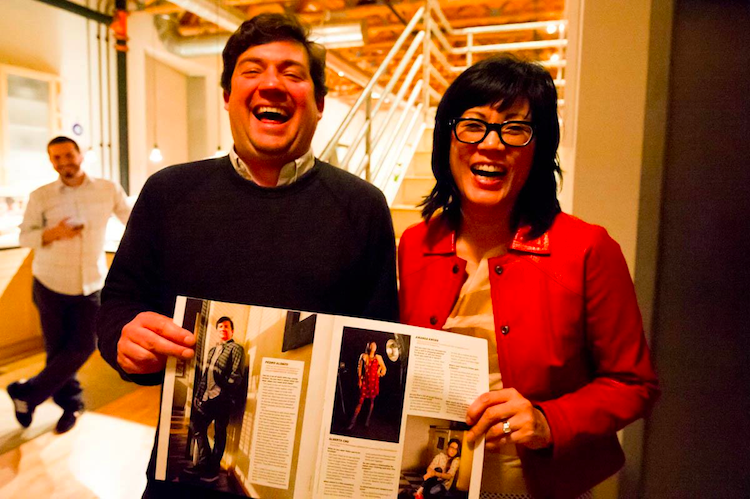 Stay tuned to ASKlabs blog for upcoming posts on the (Harold “Doc”) Edgerton Center at MIT, as well as coverage of the grand re-opening of the SF Exploratorium Museum by a special guest blogger!