Today we bring you present day science-fiction subcultures. ASKlabs Development Associate Kat Hughes (@_Katacus_) drops in on Boston Comic Con and finds the convention center teeming with costumed otaku. Comic Con began in California in the 1970’s as a gathering of comic book fanatics and has since grown to encompass the genres of science-fiction, fantasy, japanese anime, horror, animation, graphic novels, gaming, and much more. Each of these genres has developed its own unique subculture. This spirited convergence of contemporary popular aculture is clearly thriving in New England.

Boston Comic Con finally happened this past weekend. Rescheduled after the Boston Marathon Bombings, this Comic Con was even bigger and better, and moved to the Seaport World Trade Center. I went down to support my friend and housemate Matt Sylar, aka Soda Poodle, who had his first ever booth this year. It was seriously crazy, and much bigger than I expected! Even as we walked from the parking lot we were seeing people dressed up and in costumes, representing well-known characters (LOTS of Dr Who's as well as Batman and Sailor Moon characters) and more obscure references and combinations. Some big names of the comics, sci-fi, and fantasy worlds were in attendance, including actors from The Hobbit, “The Walking Dead”, and “True Blood”, and artists like Scott Snyder, Neal Adams, James O’Barr, Tim Sale, and Terry Moore, and the Adventure Time  comic artists Shelli Paroline and Braden Lamb (I got them to sign a comic for me, which included some on the spot illustrations). 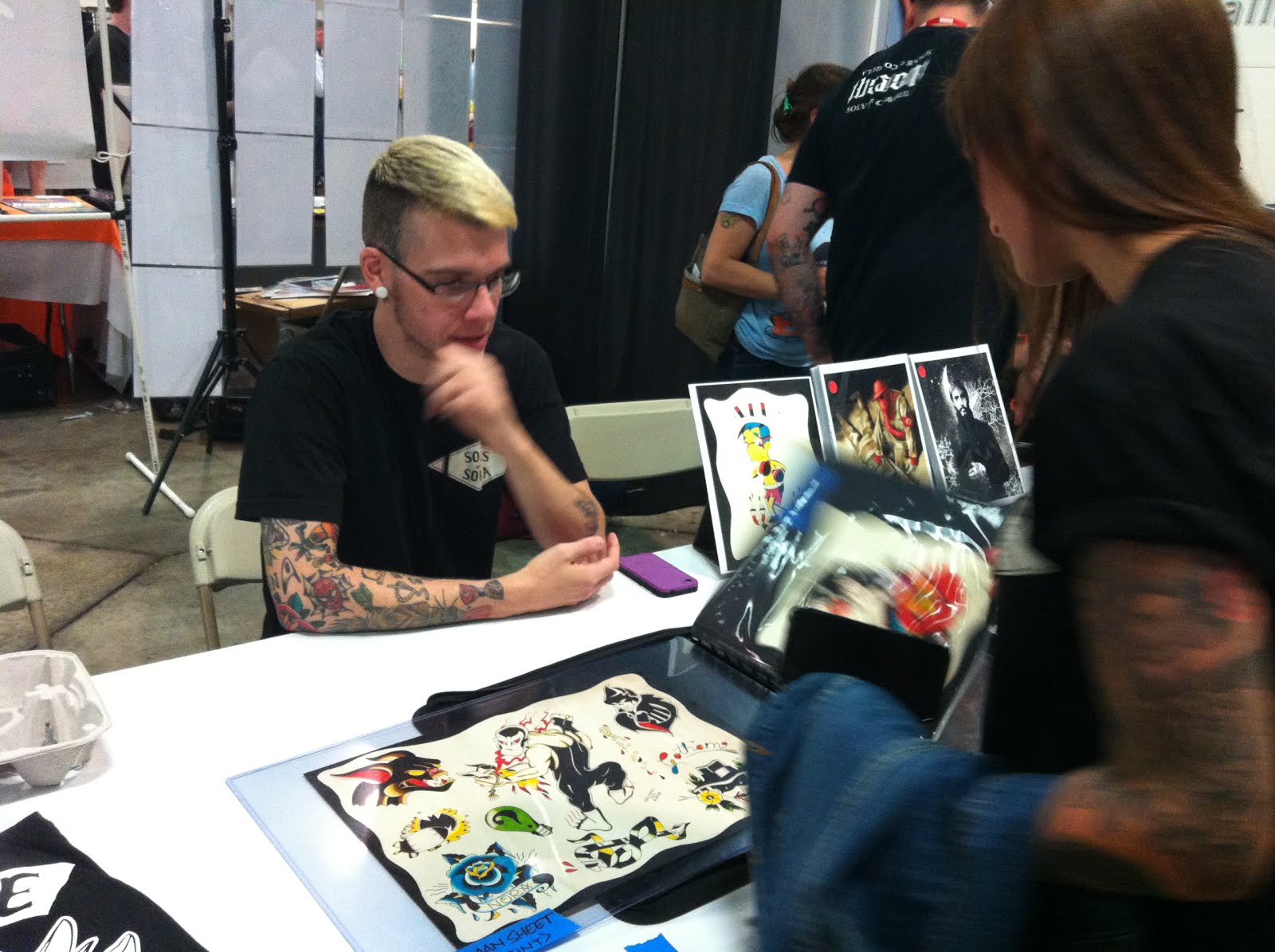 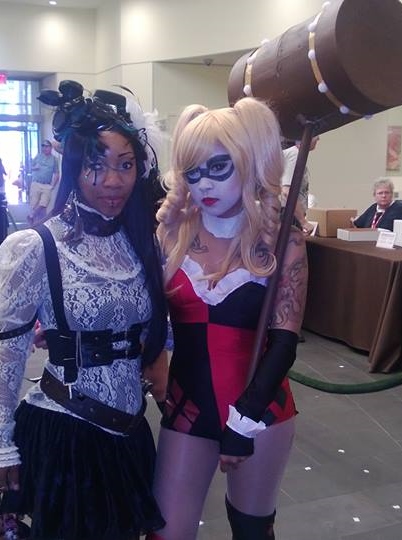 Aside from celebrities and artists, there was a costume contest, a celebration of the announcement of the new Doctor on “Dr Who”, and several local groups offering entertainment and photo ops like the New England Brethren of Pirates, the Ghostbusters of New Hampshire, and Alderaan Base (a New England Star Wars group that brought a life-sized Jabba the Hutt). 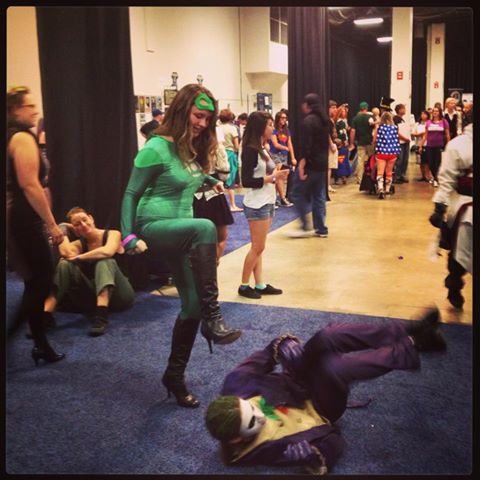 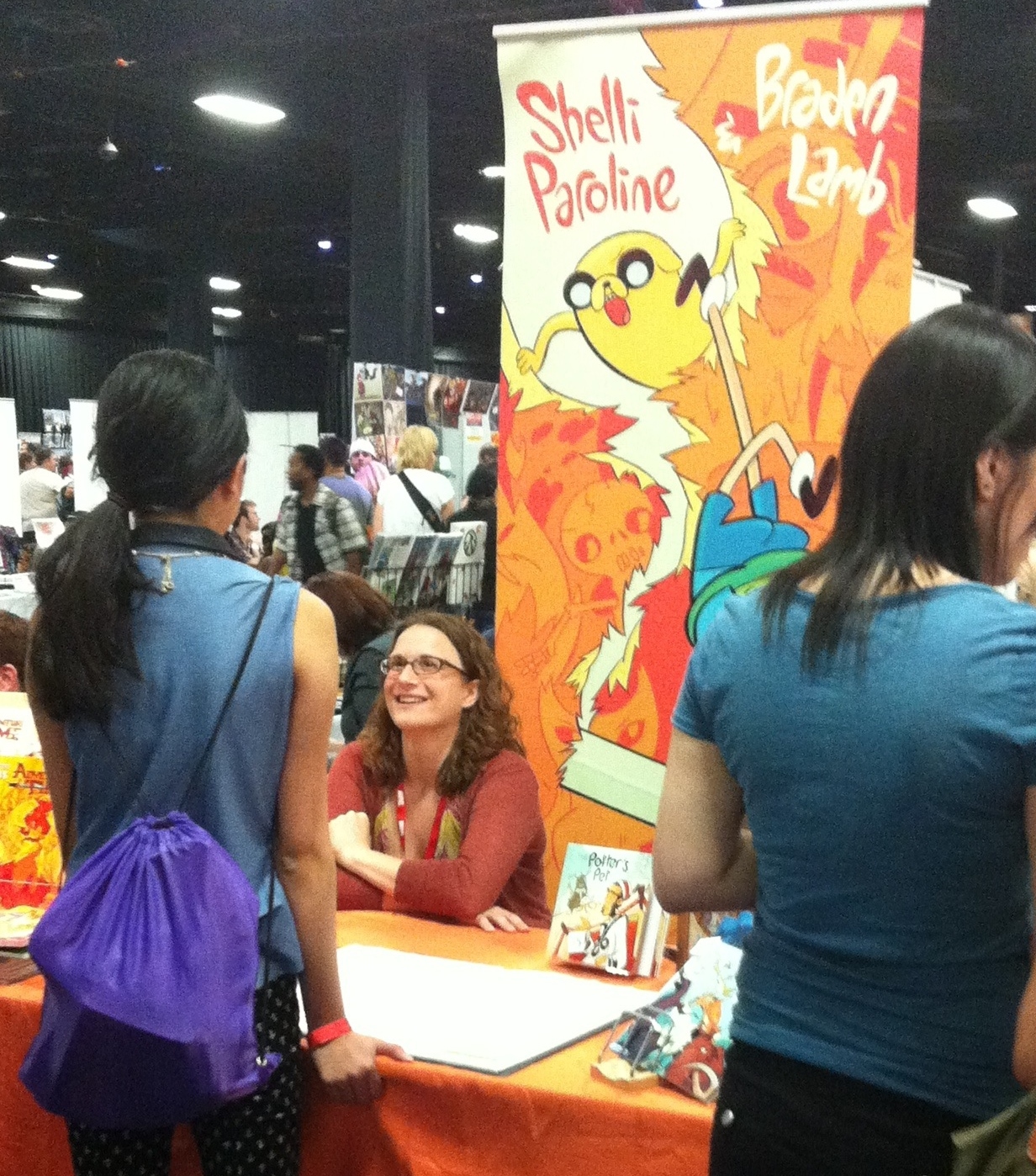 The overwhelmingly crowded convention center was a little harrowing, but it was filled to capacity with amazing artists and the people that love them and their work. If you missed it this year, make sure to catch it the next time around. There really is nothing like it...