A few months ago, I headed to New York's Hudson River Valley with my family to visit Storm King and Dia: Beacon.

The first time I visited Storm King was to grab a couple of shots for my Serra documentary for Gibbs Farm.

Serra’s work at Storm King, Schunnemunk Fork, is comprised of four walls that express the fall of the land. This time the work was different than other times I had seen it; the grass had grown very tall around the pieces. I thought that Richard would probably prefer the tall grasses to be cut. 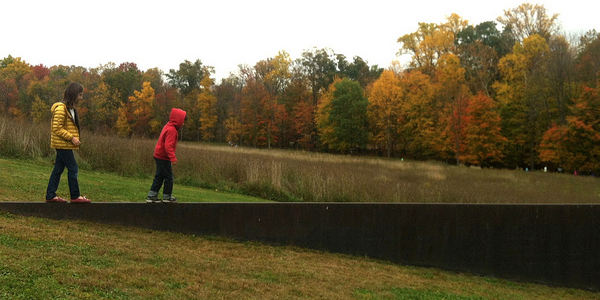 We spent a perfect Fall afternoon at Storm King exploring large-scale sculptures by Di Suvero, Calder, Lewitt, Nevelson, and Snelson, to name a few. I was pleased to experience a couple of the more recently installed works: Maya Lin’s earthwork was quite substantial and the kids had a blast with its topology; Goldsworthy’s wall meandered and crossed a brook.

The next day we visited Dia: Beacon. Dia was formerly located in Manhattan’s Chelsea district but moved out of the city to a spacious Nabisco plant several years ago. I will never forget first seeing Serra’s Torqued Ellipses at Dia's raw warehouse space in the late 1990s.  Dia: Beacon is a stunning art museum, the ceilings are shaped like the teeth of a saw and let in all this amazing natural light. It’s just huge: Heizer, Serra, Flavin, Lewitt, Warhol, De Maria, Beuys, Irwin, Neuhaus, the list goes on. 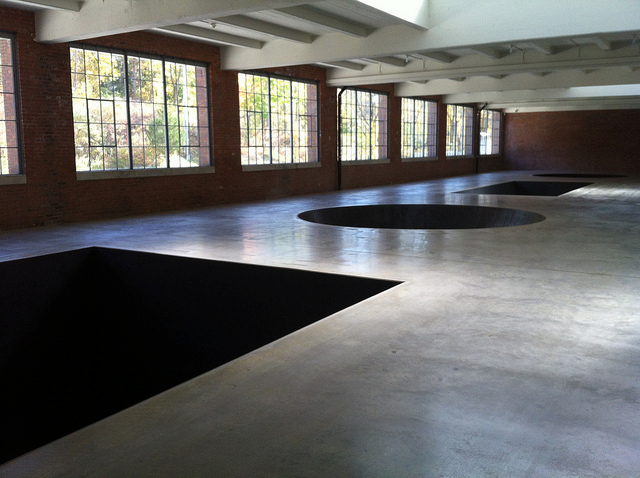 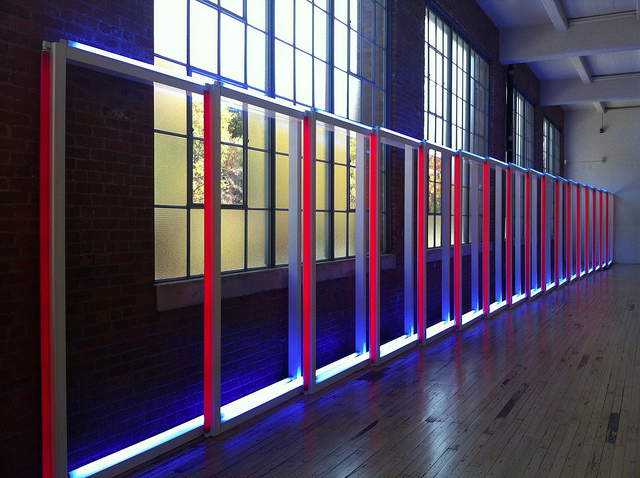 Works by (L) Michael Heizer and (R) Dan Flavin at Dia: Beacon. (By advance appointment you can get inside the barrier around the Heizers to get a closer look.)

On these art pilgrimages, I love experiencing art with kids, and am also encouraged by the promise that their minds are developing new connections.

We've talked about STEM (science + technology + engineering + mathematics) to STEAM (science + technology + engineering + arts + mathematics) before, and more voices are joining in on this movement. On Arts Advocacy Day in April 2013, world-renowned cellist Yo-Yo Ma spoke about the importance of arts education for the future of our nation. Ma discussed the national STEM to STEAM education movement stating: “STEM without STEAM loses steam, but STEM with STEAM will power our country forward. The qualities crucial to success in the 21st Century workforce will not come just from studying science, technology and engineering and math, as important as those disciplines are.” 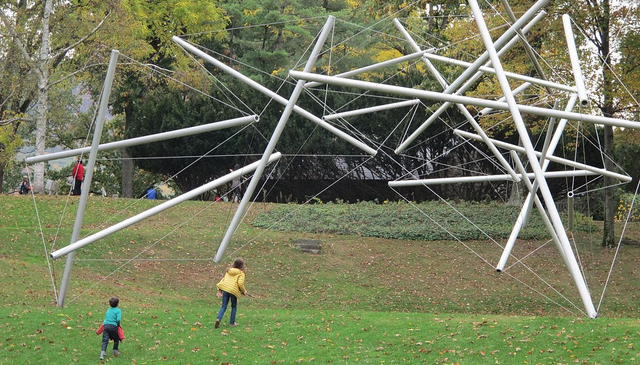 And there’s proof that art makes kids smart - good news for educators fighting to keep arts funding. In 2008, university researchers completed three years of studies on the relationships between the arts and cognition. The Dana Consortium Report Learning, Arts, and the Brain showed strong links between cognitive abilities and arts education (press release here). These projects were preliminary, and did not lead to the identification of definitive causal relationships.

A more recent study, according to an op-ed piece in the New York Times by Brian Kisida, Jay P. Greene and Daniel H. Bowen, took advantage of the "perfect opportunity" to investigate links between art and its educational benefits. A few years ago, a Walton (Walmart, Sam’s Club) heiress opened the Crystal Bridges Museum of American Art in Bentonville, Arkansas. School field trips to the museum are free, thanks to a generous endowment, but the local schools far outnumber the available slots for visits so a lottery system was instituted. This creates a unique opportunity for social scientists to conduct research on the effects of museum visits on school age children: to study groups of kids who had never been to art museums in an educational setting (and to have control groups in the kids who had not yet been chosen by lottery). Their findings indicate significant benefits in critical thinking, arts engagement, and diversity of ideas. Though research in this area is still in its early days, it provides strong support for strengthening arts curriculum in schools.

Get inspired by art and grow your brain connections! Storm King Art Center reopens for the 2014 season this week, so dust off your picnic blankets and put some air in your bicycle tires. (While you're in the area, we've heard the Hessell Museum at Bard College is worth a visit too.)  Happy trails!