ASKlabs relocated from LA to Boston ten years ago seeking the #sciart scene. Right away, we discovered the Boston Cyberarts Festival, the Decordova Museum, the ICA, the MIT Museum, the MIT List, MIT's Media Lab, and Arts Interactive. Lately we’ve noticed a groundswell of art and science happenings in the Boston area. With world-class scientific research and outstanding arts and cultural institutions in such proximity, it seems natural that the two would intersect, blend, even collide.

The Boston Cyberarts Festival was founded by George Fifield in 1999 with the goal of exposing public audiences to a wide range of digital and experimental media arts. The citywide biennial festival featured: new media art; music, dance, and theatrical performances; film and video; and lectures and panels. The last Cyberarts Festival was held in Spring 2011 but the organization is still very active. These days, Cyberarts produces exhibits, including Cycles, Tides and Seasons by Ben Houge, at the Harbor Island Pavilion on the Greenway Conservancy. The work opens with a reception on May 31st. Also coming up at the Cyberarts Gallery at the Green Street T station (Orange Line) is the Collision Collective’s Collision 19 show, for which they are still taking proposals. The show will run from June 14-July 27 of this year.

Other events to check out include the excellent adult programs at Boston’s Museum of Science. In 2005 independent filmmaker/video artist Lisa Monrose stepped in as Program Manager of Lectures and Special Programs. She has been a driving force in science and art programs at the MOS and around town ever since. Upon arriving at the Museum of Science, she created the “When Science Meets Art” initiative featuring music performances with Evan Ziporyn and Christine Southworth, wearable technology fashion shows, a RadioLab Listening Party in the Planetarium, and lecture-exhibit-installations with artists such as Nathalie Miebach, Halsey Burgund, Alexis Rockman, Chris Jordan, and Anna Deavere Smith. In November 2012, ASKlabs was extremely pleased to have our world premiere of “Lightning Dreams: The Electrum at Gibbs Farm” (2011) chronicling the creation of the world’s largest kinetic lightning sculpture (and tesla coil) as part of this MOS “When Science Meets Art” series. The program featured high-voltage engineer Greg Leyh, of Lightning on Demand from San Francisco and MOS resident tesla coil expert Dr. Daniel Davis.

The MOS also collaborates with the Brookline, MA, Coolidge Corner Theater’s “Science on Screen” film series which launched in Fall 2005. For these events, a film with a science theme is accompanied by a scientist lecture. Films like “It Came From Beneath the Sea” are presented with University of Chicago biologist Michael LaBarbera; “12 Monkeys” is accompanied by a talk from notable science writer Carl Zimmer. This program, piloted in the Boston area, has now been awarded funds to expand nationwide. 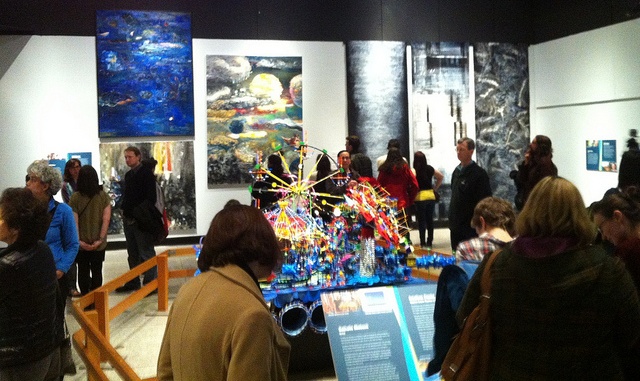 Currently on view at the Museum of Science Art & Science Gallery is Ocean Voices: A Synergy of Art and Science at the Museum of Science. This exhibit is an experiment in art and science collaboration produced by Whitney Bernstein and Lizzie Kripke of Synergy. New England artists and scientists were paired in order to build upon each other’s ideas, approaches, and perspectives to open up new modes of communication and public engagement. These pairings provide us with innovative ways of understanding oceanography, as well as interesting new insights into scientific and artistic practice. On March 3, 2013 MOS panel discussions with all of the artist and scientists involved with the project moderated by Ari Daniel Shapiro fascinated us with their reflections on the process of scientist and artist collaborations.

The Synergy Artist-Science collaborations was born out of a Climate Art Pizza event organized by science journalist Eli Kintisch. Eli began conducting Climate Art Pizza get-togethers in the Boston area in Fall 2011 when his MIT Knight Science Journalism fellowship brought him to town. More recently he has worked with the Cambridge Arts Council, Catalyst Conversations and the Broad Institute to bring together greater Boston-area organizations and practitioners of art/science initiatives to share current projects and, potentially, to prepare for collaborations, events, and further meetings.

With the national STEM to STEAM movement gaining momentum and a growing international interest in design and innovation, ASKlabs is very enthusiastic about collaborating with other area science/art communicators and educators to contribute to the national and global dialogue on art, design, science, engineering, education, and innovation which will strengthen our community and benefit all of society. 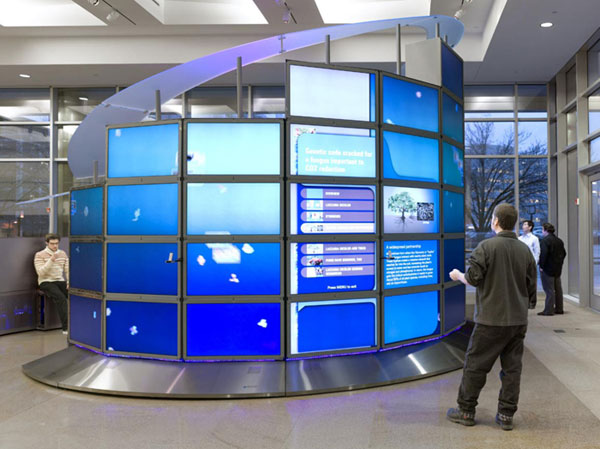 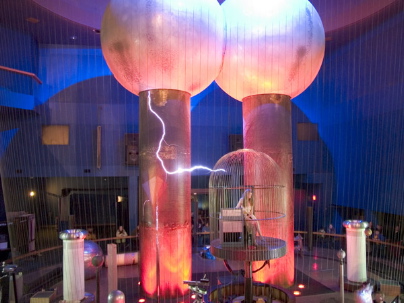 Climate Art Pizza’s Science Art Blender also took place on April 1, 2013 at the Harvard Graduate School of Design (GSD). Billed “minitalks and schmoozing,” this event highlights the massive amount of exciting art and science work happening in Boston. We heard rapidfire 5-minute presentations from: data visualizer aka “visceralizer” Kyuha Shim on Tangible Topography; GSD's Marcus Owens on Multinatural Histories an exhibit being created for Harvard’s Peabody Natural History Museum for Fall 2013 and currently accepting submissions; Marine biologist Whitney Bernstein and artist Lizzie Kripke on the Synergy Artist-Scientist collaborations experiment; RISD Journalist-in-residence Eli Kintisch on his data-driven climate change art project, Here After Now, a collaboration with video artist Sam Jury; physicist Russell Seitz on his CO2 pyramid; artists Andi Sutton and Jane Marsching of Plotform presented their Marsh Radio Island environmental art project; and artist Maria Molteni gave us a bee waggle dance demonstration to articulate the many components of her work Festooning the Inflatable Beehive. The minitalks were followed by schmoozing - it was a great event - thanks to all the presenters, sponsors and attendees!

It’s a terrific time to be exploring science and art in Boston, so go check out some innovative and inspiring work right here, right now, at the epicenter of science, art, and technology. Follow @ASKlabsAlberta on Twitter to keep up on all the latest #sciart events in the Boston area. We’ll see you there!